Brother: YES! Ah Shan (me) not at home can watch horror show!

Possible thought process of the parental unit then –

Mum: Heh. I will stay up and watch with them and wait for Ah Shan to come home. Might as well.

Dad: DARN! No excuse to ask them not to watch.

At 10.45pm, as I opened the door and stepped into the house. Here are probably the possible thoughts of the siblings –

Actual conversation of the parental units –

Me: *whines to Dad* LAO PAAAA! They watch horror show!

Dad: SEE! Ah Shan is back! Later she scared ah! You better stop! Later electricity bill shoot up how?

It sounds funnier in my head somehow.

remember the 5 small bottles of Lancome perfume I bought at the budget terminal while waiting to fly to KL? 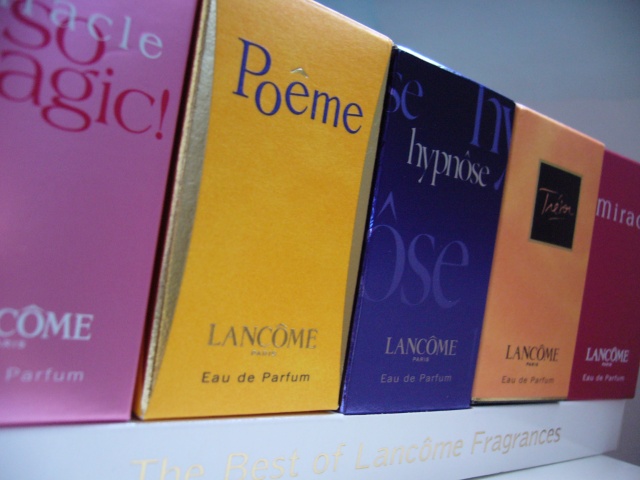 The best of Lancome Fragrances(:

Well, I couldn’t figure out which fragrance is nicer or how they smell after a few hours. SO! Since I am working from home today, I decided to have a smell test – 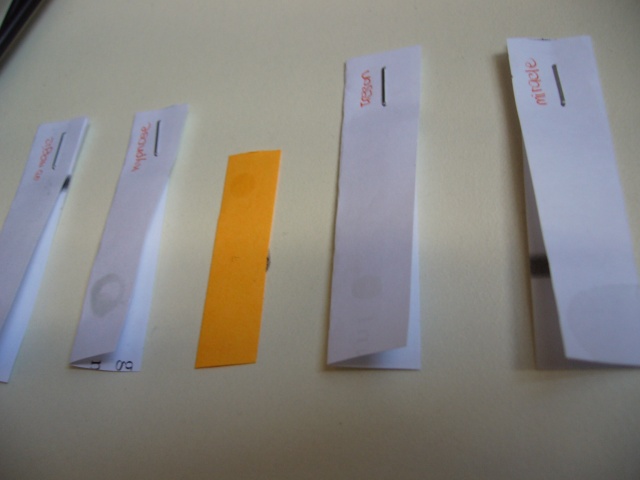 So yes. If my nose is still working 1 hr later, I will go smell them and rate them. Will smell them again 2 hours and 3 hours later(: Was invited to a preview of the show by MediaCorp @ GV Marina and I brought Shuyun along since I had an extra ticket. However! The movie was interrupted and could not resume due to (and I quote), “…technical difficulties..” so we were told to go out and get our complimentary tickets. A few things got me a little irritated. Firstly, the announcements was poorly made and incoherent. You would think that they will have a standard script for this kind of situation. Pfft. Secondly, when we went out to collect our tickets, the person handling out the tickets did not apologised and looked downright pissed. Thirdly, no representative from MediaCorp was there to apologise. I mean, not their fault but you invited us so as the “host” you could have at least sent your representative to apologise. BAA! Whatever!

ANYWAYS! Luckily Shuyun was “on” enough and we decided to cabbed down to The Cathay to catch the 10.30pm show! (: I have to say, the both of us were more excited than we were the first time round!

SO! The graphics are still FANTABULOUS! The transformations of the robots are still pretty amazing. The cars are OH-SO-SEXY! And Bumblebee is still so darn cute and hot!

Storyline was not so fantabulous though. The whole “He-died-and-talked-to-the-ancestors” part was kind of “WHAT?!” but I guess it was the only way to end the movie. I have to say, the storyline was kind of expected. Basically, it’s really literally just “Revenge of the Fallen”. The usual works of fallen trying to get back, good guys try to stop them and BLAH BLAH. BUT! No worries! Remember how it was kind of emotional and sad when Bumblebee (or one of the good guys) died/almost died in the first movie? Well! There’s a few of that in this movie! I went “Awwww” and “Ohno!” quite a bit. Especially when Optimus Prime died. Oh, come on! If you are following me on Twitter/Plurk, you would have already known!

I have to say! When Bumblebee came out, I was like, “Bumblebee Bumblebee!” He is still my favorite! The scene in the garage with Sam was quite funny!

Some quotable quotes from the movie –

what you are abt to see is top secret. do not tell my mother!”

what if we leave, and you’re wrong?

AND! Some random stuff that I noticed during the movie –

Tip: If you have short attention span like me and Shuyun, please bring along your 3G phone. The movie is not boring but having a 3G phone helps. A little plurk break can help you concentrate better. Trust me!

I’ve flown a total of 4 times (including return flights) but I am very much in love with flying.

And of course, the proximity to the clouds and the bird’s eye view of everything.

I didn’t want the plane to land 😦 But all good things come to an end, yes?

Will save up and fly further the next time! (: And I am tempted to try out for the job again. HMM.

been cabbing to work quite a bit this week. 3 times out of 5. stopped only when someone went, “why are you always taking cabs these days?!” and that’s that.

ANYWAYS! While I was sulking about going to work, I looked at the rear view mirror and saw this – 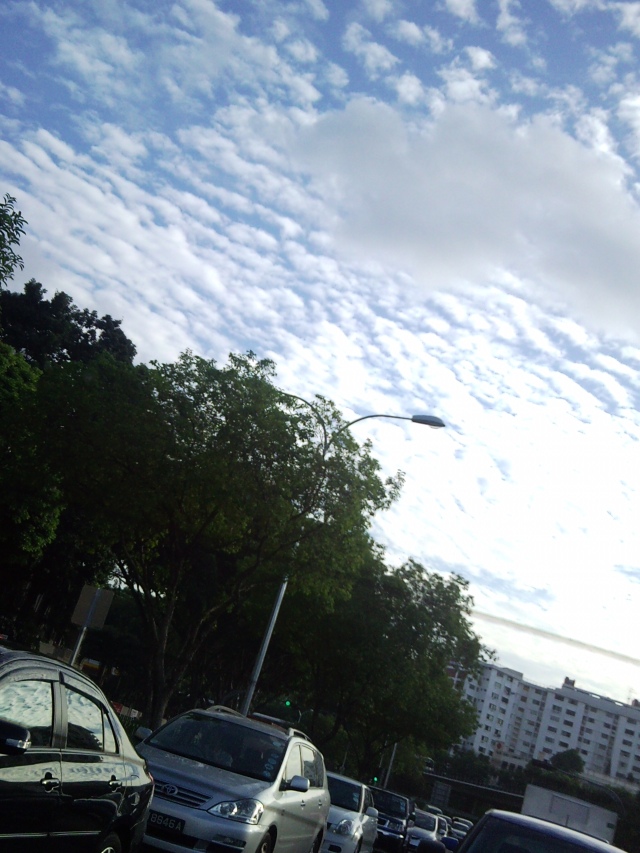 Not exactly the same as the cab moved before I can take a proper picture. But yups.

*ahem* let me try to describe what I was feeling then. I guess, sometimes we are just so focused on moving forward and so sure of what we want, that we forgot our past. and sometimes, we get so caught up in the rat race that we forgot to stop and take a look around. Imagine all the nice things that we have missed? Heh.

But yeah, after seeing that scene, I felt better(: Still sulking but probably 10% of the original amount(:

OH! Here’s how the sky look like while I was on my way to Timbre with Grace and gang on Thursday –

yups. anyways, omny is at it again. lumping pools of light tgth. zz..

ok, Z monster has arrved. off to bed.

i dont care if this borders on the TMI scale.

but I am losing quite a fair amount of blood via the period that my lips are drained of colour and i am feeling tired constantly.

and the hormones is wrecking havoc on my mood.

this teaches us a lesson. don’t anyhow take your “sunolut”. if it comes, it comes. don’t attempt to alter it. you will mess up your own body clock.